Definitely one of my most memorable trips, but not because how pretty and instagramable it is, rather how intense and emotional it was.

Auschwitz Birkenau was the largest of the Nazi concentration camp. Today, the original bunkers were modified into museum galleries. A visit to Auschwitz is easily a half to full day trip. You can start off at the museum where they have pictures and narratives, and take your time between the exhibits. It can be a lot to take in.

I particularly remember this bunker with glass displays and behind them were remains and belongings of the prisoners, e.g. hair cuts, shoes, suitcases etc. Being in that bunker, I had chills constantly up my spine. It is a sight you will never forget.

Photos are NOT allowed in some of these bunkers/ galleries especially those with actual remains of prisoners. Please respect.

Auschwitz is 72 km west of Krakow. You can get there by bus, train or car.

Bus is the cheapest method of transportation. From Krakow, it takes about 1 hour 45 minutes. Bus fare is about 12 PLN (3 EUR).

The closest train station is Oswiecim, which is 2 km away from Auschwitz. From Krakow, the train takes about 2 hours.

The most convenient is to drive your own. From Krakow, it takes about 1 hour 15 minutes. There are paid car parks near both Auschwitz I and II.

If you do not have a car, you can also opt to join a tour. Definitely the most expensive, but everything is arranged including a guided tour of Auschwitz.

Entrance into the camps are free, but it is highly recommended to get a guide. You will learn so much more with a guide. You can book your tour online in advance.

The main concentration camp and also where the museum is. As you enter, you will walk past a gate with an inscription “Arbeit macht frei” which translates to “Work brings freedom”.

I still remember walking through the museums, Shostakovich’s Leningrad Symphony No. 7 was constantly playing on loop. Not exactly related, but Shostakovich wrote this (his longest symphony) in response to the German invasion. He originally wanted to name the 4 movements as “War”, “Reminiscence”, “Home Expanses”, and “Victory”, but later just left them with their tempo markings alone.

It was not my first time listening to Shostakovich 7th, but now every time I listen to it again, I will get goosebumps.

Auschwitz II Birkenau is a few km away from Auschwitz I. We walked there on foot. If you are on a tour, your driver will shuttle you between two sites. There is also free shuttle bus that runs every 10 minutes between both camps.

Auschwitz II Birkenau is big ! Never could I imagine the extent of the Holocaust had I not witness it with my own eyes.

The most emotional part for me at Auschwitz II Birkenau was when I am walking along the train tracks, where the selection and segregation process happened. 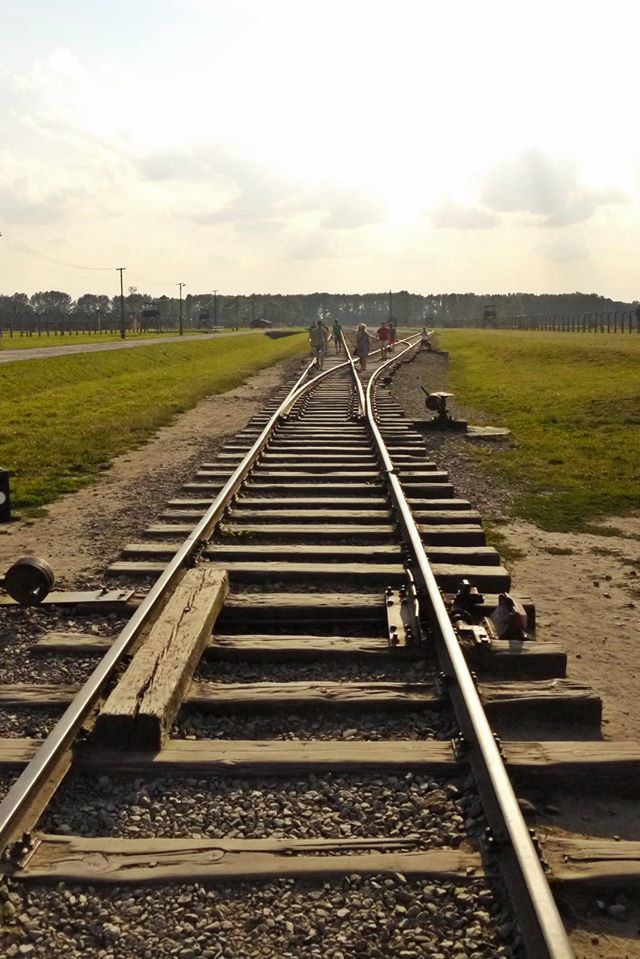 This was where they all first arrived at Birkenau, hopeful of new lives and opportunities, only to be separated from their families. Men who can work were made to stay, and those who cannot (women, children, and elderlies) were sent straight to the extermination camps.

Is Auschwitz Birkenau for you ?

There is a lot of debate over whether one should visit Auschwitz Birkenau. Dark tourism has become a topic of controversy. For me, having personally witnessed it in person, I believe the world needs to be aware, to remember.

A visit to Auschwitz is sobering but it is important that we witness and remember this very horrifying sad part of European history, and remind ourselves not to repeat it ever again !

16 thoughts on “Auschwitz Birkenau: The world needs to remember and learn”